Located in the Union Market neighborhood, the second outpost of Joe Carroll’s popular NYC restaurant aims to bring a slice of Brooklyn to Washington, DC.

Originally from Ukiah, California, Marjorie Meek-Bradley’s first exposure to cooking came at Plowshares, a non-profit community dining hall her parents founded in Mendocino County in 1983. This early immersion into a world defined by real ingredients and simple technique laid a solid culinary foundation for the new executive chef of St. Anselm, which Joe Carroll and Stephen Starr will open in Washington, D.C.’s Union Market in spring 2018.

After completing a year as a foreign exchange student in Sweden and graduating from high school, Meek-Bradley left California for the East Coast, enrolling in The Restaurant School at Walnut Hill College in Philadelphia. She spent her externship learning pastry at Lacroix at the Rittenhouse, followed by her first stint with STARR Restaurants, working for Swedish chef Marcus Samuelsson at Washington Square.

She would later assist STARR with the opening of Barclay Prime before returning to her home state and landing at Thomas Keller’s Michelin-starred Bouchon in Yountville, not far from where she grew up. Meek-Bradley’s time in the Keller orbit brought her to New York City and Per Se in 2007, one of the most formative experiences of her career. There, under three-Michelin-star chef Jonathan Benno, she “learned that cooking was a craft — not recipes and rules, but techniques and ideas,” she says. “We were allowed so much room to grow.”

Meek-Bradley spent a year as a private chef in Florida before arriving in D.C. in 2009, where she quickly found work as a sous chef at the José Andrés landmark Zaytinya, and later chef de cuisine of Mike Isabella’s Graffiato, further honing her leadership skills.

Her move to the nation’s capital coincided with a boom period in that city’s dining scene, and soon, Meek-Bradley would earn her first executive chef position, taking the reins at Ripple and debuting Roofer’s Union in Northwest D.C. in 2013. Here, she earned many accolades, including multiple honors from the Restaurant Association of Metropolitan Washington and a “Rising Star” semifinalist nod from the James Beard Foundation. She also found the time to compete on Season 13 of Bravo’s Top Chef, finishing in the top three.

In 2016, Meek-Bradley branched out on her own to introduce Smoked & Stacked, a fast-casual concept in Shaw serving hand-crafted sandwiches. She’ll retain a stake in that business while focusing her full creative energies on D.C.’s own St. Anselm, the neighborhood steakhouse Carroll first opened in Williamsburg, Brooklyn in 2009.

“You succeed as a team and fail as a team,” says Meek-Bradley of her leadership style in the kitchen. “It’s easy to get caught up in a hard service or a challenging day, but in the end, we get to do what we love.”
When Meek-Bradley isn’t cooking, she dabbles in photography and spends time with friends and Lilly, her 8-pound chihuahua-terrier “sous chef.” 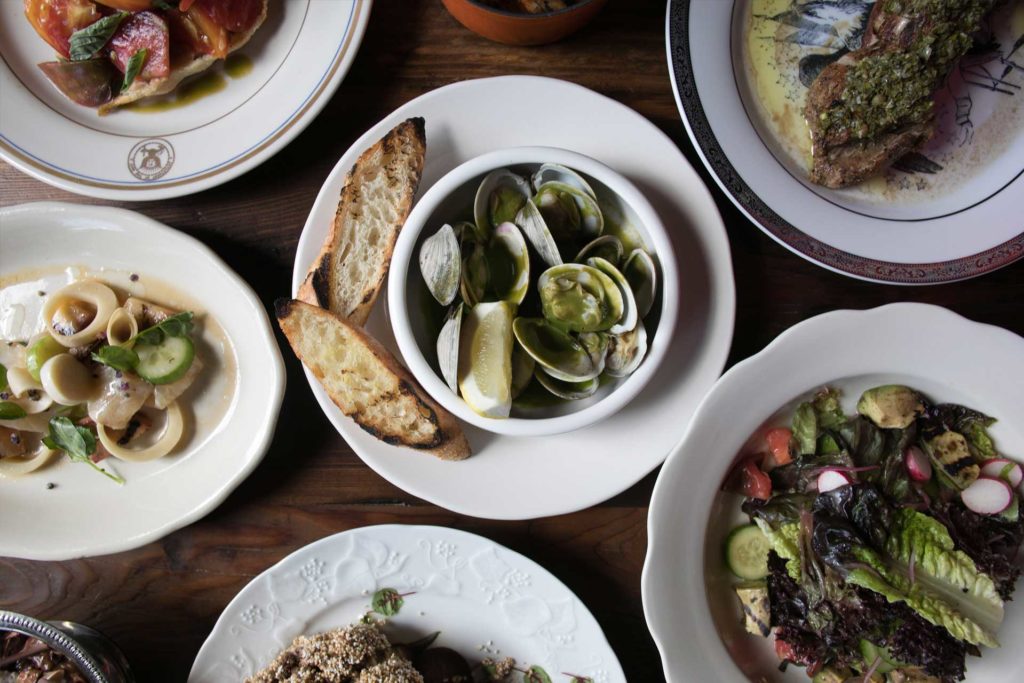 We've connected you with your favorite STARR restaurants.

If you would like to receive special updates directly from your favorite STARR Restaurants in the PHILADELPHIA market, just make sure they're selected and hit SUBMIT!

Stay in touch for the latest and greatest! Sign up for emails and texts and be the first to know about special promotions, offers and announcements.